Where has all of the ammo gone?

Firearm and ammunition retailers and wholesalers were sitting on piles of inventory during January 2020. By December 2020, the same racks and shelves are empty. And there is no sign of relief in sight. Gun owners are stockpiling — and shooting less.

So, what happened? The year 2020 happened. Take an election year with significant consequences for gun rights and add a global pandemic event. Then, factor in the rioting in cities and urban centers throughout the U.S., and you just created an unprecedented demand for self-defense tools.

Still, many consumers can’t fathom the lack of availability of ammunition. To search for an understanding, Guns & Ammo’s staff reached out to executives from several ammunition makers for a clearer picture of what is going on.

“We started to see demand pick up in October 2019,” said Hornady Vice President Jason Hornady. “When Walmart made the announcement that they were getting out of the market for most ammo, the consumer shifted to places where we were strong.”

The prospect of anti-gun legislation in Virginia stirred up additional demand, and that surge only grew as we entered a presidential election year. The COVID-19 pandemic and civil unrest of 2020 threw gasoline on that fire.

“It happened on March 14,” Hornady added. “The month of March was the biggest our company has ever seen. We shipped more in that month than we did the first year I worked here.”

Hornady has kept what many would consider to be excessive inventory on hand in recent years. During the spring of 2020, that inventory was quickly wiped-out. “We will have three years of orders by the end of 2020,” Hornady said. 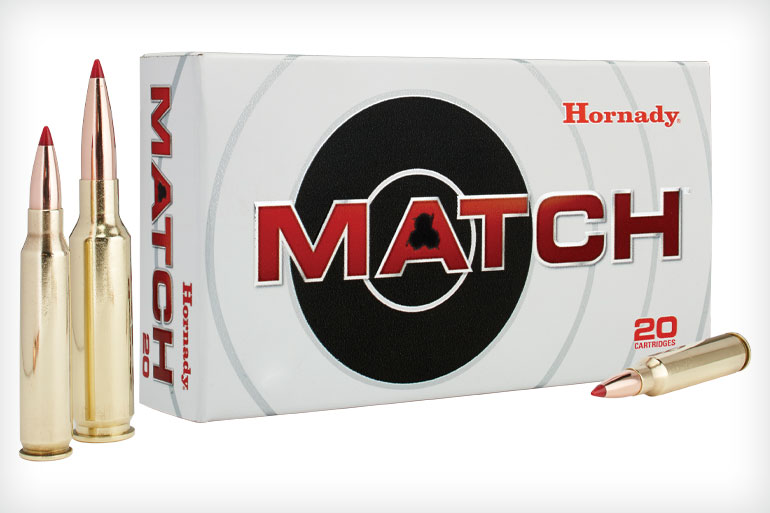 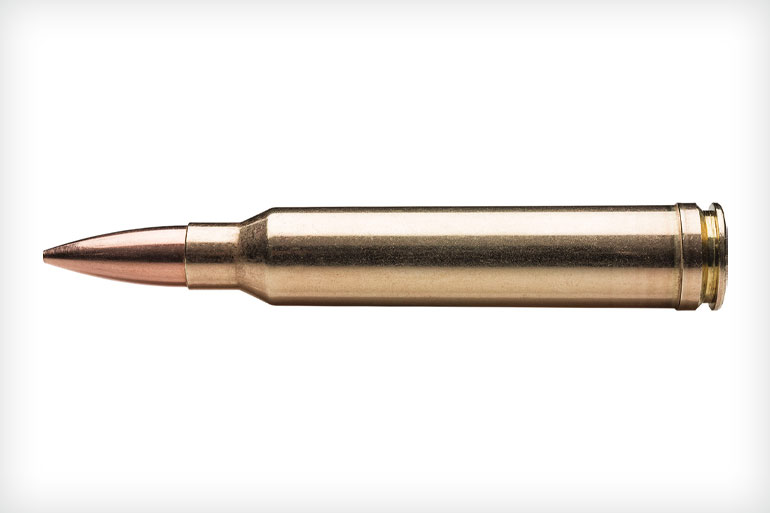 This isn’t Hornady’s first experience with unprecedented demand. “I’ve seen this cycle six times during my career,” Hornady said. “First, it was the ’94 ban. Then was Y2K. Then Hurricane Katrina, September 11th, the election of [Barack] Obama, and then Sandy Hook.”

What is interesting, though, is that Hornady hasn’t seen demand contract to pre-event levels following each of those events. “I have to assume that this is because there is increased participation,” Hornady said. “Firearms ownership is the most popular that it has ever been.”

More gun owners meant more demand for ammunition. With a reported 7 million new gun owners in 2020, there is no sign that this demand will abate soon.

Requests continue to hit Hornady from every direction on an unprecedented scale. “My kid’s teachers are asking my son if they can buy ammo,” said Hornady. “No one asks for a box or two, they want to buy a case! A former relative asked if she could buy a pallet of 5.56 ammo. What would she do with a pallet? A pallet is 4,500 boxes of ammo, which is about 90,000 rounds. That’s 3,000 30-round magazines full.”

Hoarding is occurring at retailers, too, where hunters and shooters who usually buy a couple boxes a year are buying anything they can find. As we saw with toilet paper early in 2020, America’s ammunition manufacturing and supply chains can’t match this level of demand.

Not only did demand for ammunition reach unprecedented levels, the challenges of the pandemic made production more challenging. Keeping workers safe is a priority, which led Hornady to spit shifts to allow more space on the production floor between April and June. Despite this, the company still met its pre-surge production rate, but that wasn’t enough.

“We can only get so much through the factory,” Hornady said. “Our machines can only run so many strokes. Are we adding capacity? Of course.”

Though most makers have kept production running, logistic challenges exist. Sea ports around the world were shut down, which created supply problems throughout the industry. Besides bullets, powder, cases, primers and other necessities have become scarce due to the global shutdown.

“It’s not just ammunition components,” Hornady said. “It’s little things such as packing tape and cardboard boxes. We can’t ship ammo if we can’t tape the box closed. Even the company that cleans our shop rags got shut down.”

“It’s kinda crazy,” founder and owner of Black Hills Ammunition, Jeff Hoffman, told Guns & Ammo. Hoffman credits the uncertainty of the pandemic with the surge in demand. “Americans got concerned that desperate people would do desperate things, and they wanted to protect what they had,” Hoffman added.

Despite that demand, Black Hills Ammunition has been able to keep production consistent. Like Hornady, Black Hills maintained a healthy product inventory that helped keep them up and running.

“We’ve suffered some minor setbacks trying to protect our people, but for the most part we are still running full-out and working overtime,” Hoffman said.

Vista Outdoors is one of the few publicly traded ammunition manufacturers in the U.S., which means that real numbers are available to help quantify the surge in demand. Vista Outdoors owns brands including Federal, CCI, Speer — and now Remington. In a November 2020 earnings call, Vista reported a 29 percent increase in sales compared to the same quarter in the prior year. That percentage would be higher if the company had the capacity to produce more product. Vista told its investors that it had an ammunition backlog in excess of a billion dollars.

“This is unprecedented for our company,” Vista Outdoors CEO Chris Metz said. “With demand far outstripping supply, and inventory levels in the channel at all-time lows, we see strong demand continuing.”

Black Hills Ammunition, Hornady and Vista Outdoors don’t sell consumer direct, but manufacturers who do are seeing the same unprecedented demand. Grind Hard Ammo in Stuart, Florida, for example, is one of them.

“It’s way worse than people are assuming,” said Austin Weiss, owner of Grind Hard Ammo. “It got crazy in March. Then the riots started, and it went through the roof. With that demand came additional challenges. We had dramatic decreases in production due to a lack of components. We were out of components for 2 weeks. We had to scramble to find product from other sources, and those were way more expensive than normal. We went from paying around $16 for 1,000 primers to paying over $100.”

Grind Hard Ammo is a small company that just invested $20 million to expand its capacity, including an entire new facility. Weiss added, “I can sell every round I can make. The bottleneck is the components. So long as they have the supplies they need, Grind Hard’s machines are running 24/7. Even with the capacity that we invested in we will still be max’d-out.”

Weiss indicated that the shortage is not due to a lack of supply, but unprecedented demand. “If someone who usually buys two boxes of 9mm sees a case, they’re going to buy it because they don’t know when they’ll find it again,” Weiss said. “That creates a shortage. One of our cartridge-case suppliers pumps out 800,000 loaded rounds of 5.56 a day, and they are backordered until June 2022.”

Contrary to popular belief, it’s not just 9mm and 5.56 NATO/.223 Remington ammo that is in high demand. “Out of the top 20, half of the demand are for rifle cartridges,” said Hornady, “even the venerable .30-30 is backordered. It isn’t just the cartridges most would think of.”

Early in the crisis, rimfire ammunition was still available, but that supply has been exhausted. Every segment of the ammunition market has been affected. Conspiracy theorists have opined that some segment of the government is responsible for buying-up all of the ammo to keep it out of civilian hands, but Guns & Ammo has learned that this is not the case. Hornady, for example, has the FBI contract for its 9mm duty ammo, but they have not seen significant changes in government orders.

“Our law enforcement business is very consistent,” said Hornady. “It’s nowhere near the consumer business in terms of demand.”

A significant amount of Black Hills’ production is also dedicated to meeting their military contracts, but that demand hasn’t shifted, either, we’re told.

Guns & Ammo has heard from readers that it seems other manufacturers may be sitting on the sidelines and holding onto supply, but that isn’t the case either.

“There is no conspiracy,” said Hoffman. “The ammo companies are running as fast as they can. People who think we are waiting around for the price to go up have no understanding of how capitalism works,” Hoffman said. “You build stuff to sell it. Why would companies spend millions on advertising if they didn’t want to fill orders? We just had to turn down an order for 3 million rounds because we couldn’t fill it and also meet our current obligations. That hurts.”

Hornady agreed, “There is no supply problem. There is a demand problem.”

There are other factors, also. What many ammunition consumers don’t realize is that each firearm manufactured must be function fired and proof tested. That requires ammunition, too. Much of Black Hills’ product is dedicated to feeding the firearms industry, we’re told.

“If a gun company can’t test their guns,” Hoffman said, “they can’t ship them. We have an obligation to them and when, all of the sudden, they need two to three times as much ammo as what was planned for, it’s a challenge.”

According to reports, ammo shortages have not affected the US military but law enforcement. However, the US Army 2022 budget calls for cuts to ammunition purchasing. These spending could total $2.1bn next year, down from $2.8bn.It is frustrating to everyone. Be patient and, just as we have seen in the past, the supply will eventually catch up. When that happens, I suggest buying more than you think you’ll need for the next event. This won’t be the last ammo shortage we will see.

Update Yourself with Vital Details about Winchester Small Rifle Primers

Benefits of Enrolling in an Advanced gun service course in USA